THE INTERNET OF THINGS

The Internet of Things we don’t need

The Internet of Things envisions a world where everything is connected, where every item farms data, where humans are blanketed with relentless status updates and performance measurements. There are, of course, really good reasons to connect certain devices. Switching your A/C on remotely a few minutes before you get home, instead of leaving it blasting all day, for example. But does everything need to be connected?

Like many good technologies in their infancy, the Internet of Things (IoT) has generated a lot of hype and a few entirely unnecessary items. This market is focused around automation, on taking out the middle men (those middle men oftentimes being… humans).

But sometimes, people just do it better. Here are four Internet of Things-insired products we should be able to manage without.

A team led by Professors Takayasu Sakurai and Takao Someya at the University of Tokyo developed the Wi-Fi enabled diaper because, apparently, caregivers need their smartphones to tell them when babies have soiled themselves. This seems to fly in the face of hundreds of years of evidence that suggests it’s pretty easy to smell, hear, or see when this has happened.

Photo via University of Toronto

Believe it or not, these guys are not the first people to think this was a major advancement in baby care technology. Last year, Huggies tested “Tweetpee,” a product that tweets caregivers when a baby’s diaper needs to be changed. It remains to be seen whether these high-tech diapers make it on to actual living babies’ bottoms any time soon.

Tripper is a sensor placed on a window or door that “knows if a window or door is opened or closed.” This seems like something that could likely be accomplished with the use of one’s eyes or, perhaps, byfeeling the brush of a crisp autumn breeze on the skin. Not to mention, you can save the $40 for a two-pack. 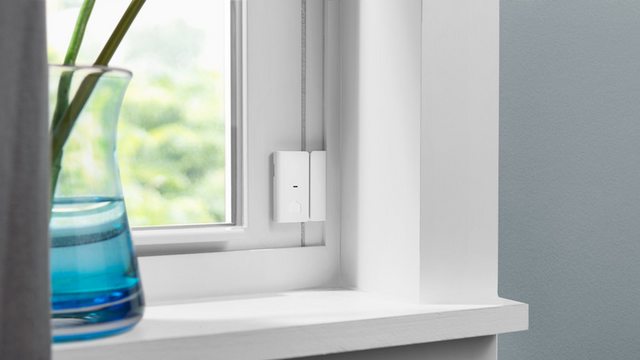 Minor alterations in spelling aside, Vessyl is a vessel that tells you what you’re already drinking. When you pour your beverage into the Vessyl, it catalogues data like how many calories are in your drink, and uploads this information to your connected devices. It’s marketed as yet another way to monitor nutrition and calorie intake, but if you’re really that concerned, try looking into your cup and asking yourself: “Am I drinking a milkshake right now?”

In addition to a built-in nightlight and “cleansing features,” Lixil’s toilet allows users to connect to their smartphones and rock out to their favorite jams while doing their thing. It’s also vulnerable to hacks, in case you hadn’t heard. What’s even scarier is that this might actually catch on. Apparently, three-quarters of Japanese households already have smart toilets. While these items remain niche products in the United States, it may only be a matter of tim

A version of this story was originally published on the Daily Dot on Nov. 27, 2014.

Photo via pedrosimoes7/Flickr (CC BY 2.0)

ALSO IN THIS ISSUE

Bracing for CES
Cyberchondria and the downside of connected healthcare
A 100-year-old house plugs in
The one problem the Internet of Things hasn’t solved
Inside Amsterdam’s efforts to become a smart city
The missing piece of the smart home revolution
Me IRL: Alex Hawkinson
Hackers will soon be targeting your refrigerator
How ‘The Brave Little Toaster’ predicted our robot future
Stop calling it the ‘Internet of Things’
The future is already here—if you can afford it
Technically Fair
QOTW
<
>